Power in today’s society is often associated with masculine attributes. It is common to see many of our “powerful women” portray an image of life through a masculine lens. In a stereotypical way, much of their “power” is displayed through aggressive behaviors and actions of excess – i.e. excessive materialism, excessive sexual imagery and lewdness.

Traditionally, and with some validity, women have mostly feared that they won’t be taken seriously if they are living in their feminine energy, at least publicly. They harbor the belief that they must act tough or strong like men in order to be taken seriously by society and fellow women.

In truth, the opposite is the reality.

While masculine energy is mostly linear and extremely focused, the power of the feminine is fueled by intuition and being able to read between the lines.

Feminine power is much more subtle than its masculine counterpart but by no means less powerful. It’s just different.

Being connected and living in your feminine power as a woman means you’re connected to your intuition. This allows you to see things many people are unable to see or recognize outside of their pragmatic view.

This undeniable power of intuition is seen in mothers and caregivers who know exactly when something is not right with their kids or loved ones, even when perhaps doctors or other specialists may tell them otherwise. In a mere survival sense, this is a great power.

A woman’s intuition and emotional intelligence enable her to maneuver through difficult life situations with confidence and grace. This is feminine power.

It’s “a mother’s instinct” to care for their loved ones.

In the news and on social media, we are seeing female power in action with strong mothers standing in front of school boards defending their kids and their parental rights. These women are 100% connected to their emotions, they are fully present and willing to fight for their families.

In a relationship, this means working with each other and trusting one another to make the right decisions for the common bond – the relationship itself. This may mean allowing him, as the man, to lead the way while you support and share the responsibilities as his partner and advisor when needed. Conflict usually arises when both partners are too much in the same energy – in other words, both are trying to lead forward in their masculine, or they’re both leaning too deeply in their feminine role of support and nurture. Naturally, relationships are a balance of both, where feminine and masculine both step up to their respective roles and at times and lead in their own unique ways. The ideal is when both partners allow the other to flow and take lead when needed. In relationships, this is what we call chemistry.

By doing so, both partners are allowing the other to connect to their true power, be it feminine or masculine.

Due to much of the propaganda around the women’s liberation movement as well as more currently, the LGBTQ movement, many modern women and men have become uncomfortable to the point of dissociating with their inherent power.

To learn more about this and to start reclaiming your power, check out our FEMININE POWER + MASCULINE POWER Program which dives deep into both and brings a much needed clarity to our collective state of being. 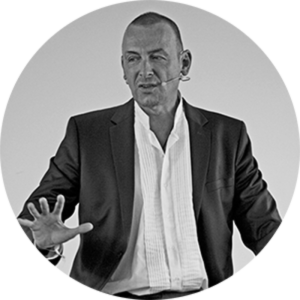 Get my introductory e-book “Lose Your Story, Live Your Life” for free. 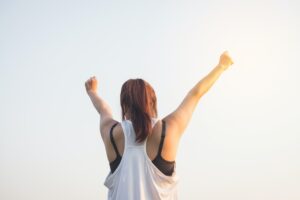 Why motivational talk is just talk

If you’re on the journey of self development and self betterment, you’ve inadvertently stumbled upon motivational and inspirational quotes like: “You can do anything if

How to navigate through tough times

How do you keep your mind clear when the world around you is in complete chaos? How do you manage your mental health when you’re

Stay in the loop for new articles, publications and events.